Grit [how to develop it and succeed in school]

Most people don’t even see it but babies work hard! And they are develop grit whilst working on being human.

Because of the anatomical design of a normal human, we are far less stable than other multi-legged creatures. Our 2-leg upright stance makes it a huge challenge for the baby new to the world.

They cannot understand a book or YouTube video learning the skill of how to walk as yet. So it is just something they have to figure out on their own.

Instead of waiting on the couch until the day he/she is ready to proudly strut across the room, they are there on the floor. Trying it out every unoccupied waking moment.

Through the process, they begin to discover for themselves what works and what doesn’t. And for those times that doesn’t work, they take a fall for it.

Sometimes, they cry. But they persist anyways.

And that person is you as well isn’t it?

However as students, it is easy to throw in the towel and lament how you lack the talent. And how compatriots are brimming full of them.

But you know what?

Some of the most successful in the world right now don’t start out brimming with talent.

They grit their teeth and work on their craft day after day.

The story of Scott Adams, the master of grit

Scott Adams is the genius behind the Dilbert comics. Documenting ironic/funny stories happening in the office.

Here’s a reminder of the famous protagonist in the comics: 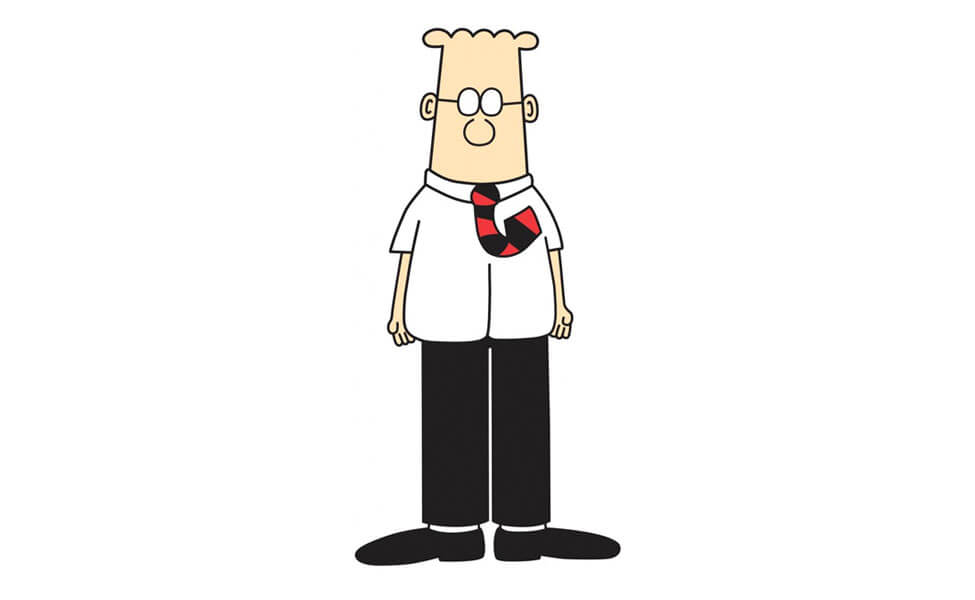 Whilst he started drawing cartoons since young, it took him a long time to find success.

His first rejection came at 11, for an artist correspondence course.

Realizing that he will need an alternative career, he choose to read law. And later switched to business and subsequently found work as a bank teller.

He worked his way up for the next 8 years, taking an MBA alongside hoping to progress further.

After hitting a ceiling, he left for Pacific Bell, a telecommunications company.

Frustration struck when he was there for hitting the ceiling of progress again.

That was when he proceeded to buy new supplies to practice drawing before work. He make it a routine to write the mantra “I, Scott Adams, will be a famous cartoonist.” 15 times every day.

At that point, it was not a desire. He WANT it.

The grit of Scott Adams

“It’s a key difference, for once you want it, you take action. Wishing starts in the mind and generally stays there.”

Drawing inspiration from the ‘toxic’ office environment he is in, he draws trials and tribulations of the Dilbert. And many find themselves identifying very much with the character.

Subsequently, his popularity grew together with newspaper syndication of his comics.

He continues to draw during his years in Pacific Bell. Waking at 4am in the morning to draw, commute to work then return home to continue.

So much so his right pinkie begin to spasm.

His doctor diagnosed him with focal dystonia for which there was no known cure.

He continue to draw still, by strapping down his little pinkie. Afterwards transiting into a tablet and a stylus alleviating the problem.

He is today worth US$75 million and started writing books.

Scott Adam is not born with talent but constantly honing his craft to where he is today. Grit is his secret to success not talent.

Grit is a potion that comprises passion and perseverance.

Passion is the interest and desire to dwell into something.

And perseverance is when one continue working on it even when it gets hard and/or boring.

Those who then falter and give up shifting their attention away, are those who do not have enough grit.

An excuse for not having grit

You know why there is widespread admiration for people with talent out there?

According to Angela Duckworth, it is so that we don’t have to go through the hard work of developing the skill-sets ourselves.

Because we tell ourselves we will never be like or better than them. So we don’t have to put in the hard work to improve ourselves in the first place.

As a student, you can develop grit!

How many times have you read about the recalcitrant delinquent in the newspapers? Who is initially lost and drops out of the education system. And then go on to experience great success subsequently?

Based on my experiences and working with students with very weak academic skills.

Central to their turnaround, frequently is another person and/or an event.

Let’s talk about the person first.

This is usually someone who can help the recalcitrant learner develop an interest.

This interest is important to spark off the desire in the learner to dwell in the subject matter.

Then the person helps direct the recalcitrant learner’s learning.

Pointing out what is incorrect and reinforce what are correct responses.

This may then provide a positive feedback that makes the person feel good about himself/herself. This is the creation of passion in grit.

And then that desire drives the want to continue. But this is when sometimes, the learner hits a rough patch of the road and stutters.

Complementing this is the occurrence of event(s) that has a significant impact to the learner.

Giving him/her a very strong reason and strength to continue. This creates the perseverance in grit.

With passion and perseverance comes grit. Which will build up in the learner leading to his/her eventual success in the school system.

If you are a student and is trying to find success in the school and exams, you will thus need to do 2 things right now.

First, find a tutor who is able to help you with deliberate practice and learning. They are generally hard to come by, let me give you some pointers to consider.

The reasons you list in the letter can come from event(s) in your life. And when you are feeling a little down. Open these letters and read them.

Once you develop grit, it will be a handy tool to help you overcome all the academic obstacles. And more importantly, success beyond the degree scroll.

Finally, tell me if this has been useful!