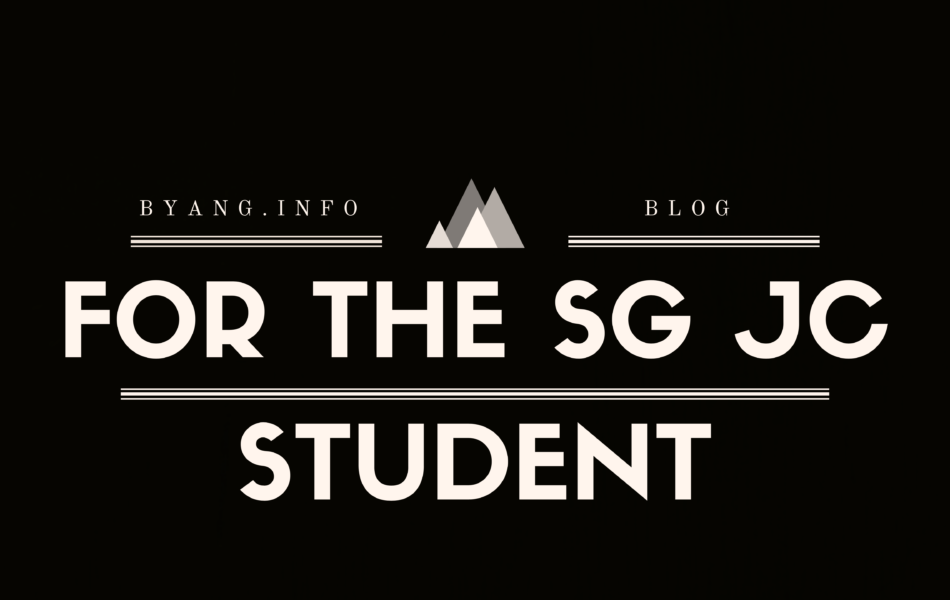 The low standard of Singapore schools

So a big brouhaha recently made news in the social media. A Swiss teacher doing a teaching internship in Singapore comments afterwards about the low standard of Singapore schools. You can read it below.

Unfortunately, I can’t help but agree.

A wise man (MrWangSaysSo) once wrote that, “Singapore produces so many excellent students because of its world-class tuition classes.” And I think that just about sums everything up.

Why students seek tuition instead

A student previously lamented about the education experienced (the 26/4/2016 article ⌲ Paper lantern of the elite education in Singapore has since been taken down).

The article reflects the feelings of many students. The ones who suffer through elitist Singapore schools hell-bent on keeping up appearances to boost or maintain competitive enrollment.

When in doing so completely ignoring their main priority of education.

As such, the schools introduce meaningless KPIs for school teachers, so as to keep up the appearances.

Those teachers who want to get a leg up the career ladder therefore spend much time working on the non-education responsibilities.

Because this is how they get recognition from their school management as well as receive their performance bonuses. Not actual quality of teaching.

When the attention divert away from education, student grades begin to suffer and they seek out tuition en masse.

As they start doing well in school again, the teachers get a false sense of achievement because the pass rates and A grades are something they can report.

So it looks as if there is no problem with the system!

When the teachers start focusing on non-academic matters, they cascade down to the student level.

Consequently, there is all sorts of activities that the students have to participate.

Have you ever seen the numerous students in every single corner of the MRT stations, leading to and from asking for donations?

Long time ago when the idea was first mooted, it likely had kind intentions.

Getting the students out of the school spending time doing something good for the community.

Unfortunately, it has become a time waster.

Students have to attend such events. And when they do, they have absolutely no motivation nor understanding of the activity.

Many spend their time laughing it off.

I bet some don’t even have an inkling which organizations they are asking the donations for.

In addition, almost everyone is curling their brows and swearing at the unrelenting hot weather and their luck.

Why not teach the students about principles of marketing?

Challenge them to see what creative ways they can think of and execute to get donation money instead of relying on the old methods.

Nobody is looking around when they walk anymore.

Instead people are staring into their phones all the time.

The world is rapidly moving along yet, our schools are not adequately training students for the future.

Because once again actually developing the minds of our children is not incentivized. Keeping up with the appearance is.

The appearance of a letter with the writer almost pleading the MOE to try to retain teachers (especially the good ones) in the public sector.

This is so that they don’t end up in the tuition industry benefiting those who can afford the extra help.

Whilst that is wistful thinking, let me offer a reason why MOE actually is happy for teachers to leave the service.

So that vacancies create demand for young teacher-to-be hopefuls who will continue to enter the field and so that NIE has ‘business’.

The latter is fully dependent on MOE because they are the gate keepers of teacher training.

MOE itself is a big employer.

Also, the population is aging in Singapore faster than new birth rates to replace the lost.

This means that school going children are becoming a rarity.

It also means less education budget (because the schools get spending money based on the student head counts – government schools at least).

And there aren’t any replacements for teachers who leaves when the student population dwindles.

So yes, more experienced and great teachers will continue to leave the service.

It also means the tuition industry will get more competitive (which it is already).

Tuition programs quality will further improve, making them even more indispensable to a good education a student receives outside of the formal education system.

I don’t have sympathy for MOE despite knowing the ministry have a lot on its plate.

Because they force schools to keep up appearances so that the latter can be used as positive examples for the rest of the world.

The first casualty of the whole appearance game unfortunately (and surprise) is the teachers.

Want an example? Read this.

Majority of them start out being bonded to MOE and the superiors know it.

So they start tai chi’ing all kinds of scut work to them because they know there is nothing the fresh grad teachers can do about it.

They can’t leave without completing the bond otherwise they have to pay back huge sums of money.

Most can only soldier on accumulating bitter feelings.

The rest just switch off when they are at work, looking forward to when they can pack up and leave for the day.

I remember my ex-colleagues when I was in school.

The more senior ones.

Talking to them is like to talking to a cesspool of negative energy.

Why are they this way?

Because they were once young and were treated like shit.

As years pass by the negative energy grows because they don’t have industrial value nor an exit strategy to try their hand on something else.

With no where else to release this negative energy, they pass it on.

To new fresh grad teachers and to the students.

So students, who are right at the end of the pecking order will have to suffer through lifeless classes where their teachers read straight out of PowerPoint slides.

Will it ever change? Perhaps. When the MOE change their KPI to the gross happiness index of teachers instead.

Unfortunately, the recent mandate to charge teachers a monthly fee for parking in school will make things worse.

So what can a student do in such scenario? I answer that question here.

Swiss teacher shocked at the low standard of Singapore schools

A Swiss teacher who came to Singapore on a teaching internship with a local Primary School has posted a scathing review of the poor quality of Singapore schools in a vlog on YouTube.

The Caucasian female teacher, who goes by her YouTube moniker Daring Maddy, began her video by expressing how shocked she was with the poor standards of Singapore schools and teachers despite hearing only good things about the Singapore education system.

She said that in the time that she was here, she witnessed so many incidents of poor teaching methods she became unsure of herself and why other countries view Singapore as a model of good education. She cited examples of children falling asleep or being inattentive in classes which were taught by boring teachers who were trying to cram too much into young children, and said she was outraged by the attitude of local teachers who she says were always making excuses for their poor teaching methods.

“What did you learn in class today? Absolutely nothing! I learned more from other teachers walking past the class than from the lesson itself,” She said of the quality of one of the lessons in her school.

Describing an English lesson she attended: “The teacher in front talked so quietly that you can barely hear her in the back; I was sitting at the back row and there were some instances when I could make out what she was saying, and some when I couldn’t. Virtually zero student engagement, I’m not even kidding.”

She was also shocked by the punishment meted out to children when they could not answer questions posed.

“One student was called up and he could not answer the question, so she made him stand up in the middle of the classroom. Simply remain standing up until he could produce an answer. She moved on to the next student who said something so on and so forth, honestly so the lesson was boring as hell, can we fault students for not listening attentively? By the way, after perhaps a stretch of ten minutes she demanded the student still standing up to form a sentence and after he was able to, he was allowed to sit down once more.”

Not everything was bad however, she concluded, because she saw a teacher in another classroom who was engaged in a learning game with her students using Pokemon and fake Monopoly money. She said that she was more interested in the other teacher’s lesson than her own assigned lesson.