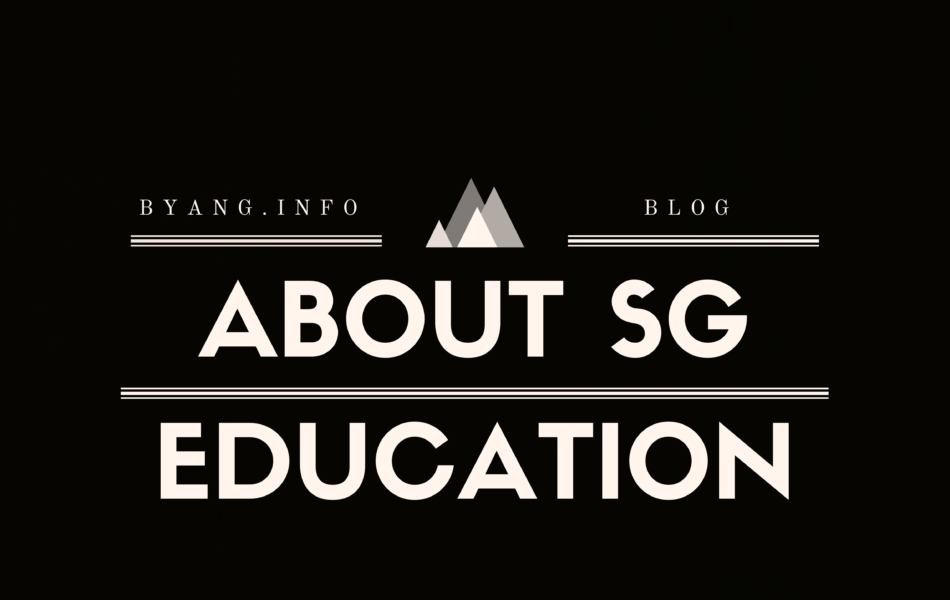 Every once in a while an article like this turns up, imploring parents to consider a neighborhood school.

The article is almost formulaic, insert the name of the student, state the elite school he/she choose not to go to. Then replace it with a neighborhood school and then accessorize it the student’s justification for the choice.

Suddenly the neighborhood school looks not too shabby at all.

Then rinse and repeat every time the PSLE results are about to be released.

I hope I can clarify the viewpoint so that more people become aware about the school choices.

There are many reasons why students want to get into elite schools.

Prestige and the generally competent level of educators in such schools are often consideration factors.

What is most important however, is that these good schools often run integrated programs (IP).

This is where students bypass the O levels and head straight to the Singaporean A levels.

Here’s an article where I discuss why the Singaporean version of A level is so tough.

Important advantage of an IP program

Whilst the IP program is not perfect and can place undue amount of stress for final year students, there are several advantages.

First, students under these scheme will not need to compete for placements in IP schools heading into JC.

The O level graduates have to fight for these places and are frequently few and far between.

For example, O level graduates who gain admissions into RI routinely score below 6 points for the L1R5.

That means the student have perfect grades through 6 subjects and have to reduce their points further before getting a chance.

For the regular year 4 IP student, they get across to the next year as long as they pass.

Other advantages of an IP program

With the extra time, the teachers frequently start teaching A level syllabus. As such, their students are already ahead of their neighborhood school compatriots.

In this scenario being ahead matters. That is because the A levels is so tough and it is the bottleneck to the local universities with keen competition to studentship.

This as well as the scholarship opportunities that open up locally or internationally.

Therefore giving the IP students an extra edge. It is not that neighborhood school candidates cannot achieve that but the fact that they start the race late.

As an example, I routinely have year 3 IP students join my A level biology tuition classes.

They complete the entire JC Biology syllabus when they finish year 4. Therefore by the time they enter into year 5 proper, they already know what to expect.

In contrast, the typical O level student from the neighborhood school has to focus on the big exam and prepare for it.

They will never have the bandwidth to explore the A level syllabus.

On the other hand, there is an interest to coax students to enroll into the neighborhood schools.

This is because the student numbers are declining in such schools and there is a huge amount of resources (human and material) that has already been deployed.

If the student numbers are not up then these schools eventually have to close or merge leading to extra headcount and deserted infrastructure.

Remember the closure of JCs?

These are occurring and the lower tier JCs with none of the IP programs on the chopping board.

Neighborhood school, not a great place for development

In addition, even if the neighborhood school have caring teachers, students with high motivation are the exception and not the norm.

Let’s say if I am the teacher of a class of 30 where there is 1 bright student and 29 other students who are struggling.

I will do everything I can to make sure the 29 other students pass.

This is because the KPI of schools given by MOE is pass-rate not distinction rates. Since it is not in the nation’s interest to have juvenile delinquents roaming the Singaporean streets both jobless and without basic education.

So serving the needs of the bright student takes a back seat.

Which in turn will mean that their potential will not be taken to the next level.

This is even more important considering the high level required at the subsequent A level examinations.

This is not to say the neighborhood school paradigm is completely useless.

If the student just want to achieve good O level results and then filter into alternative schooling options such as the local polytechnics, then this is a viable option.

So it really depends on the end point objectives.

Once the end objective is clear then the option should be straight forward.

In contrast, choosing to go into a school simply because the student can spend less time commuting is naive.

Firstly, how big is Singapore?

There are thousands of students cross the causeway from JB into Singapore on a daily basis. And these students spend far more time traveling compared to an average commute of a Singaporean student.

They do so with the belief that Singapore offers a superior education compared to the Malaysia.

Talking about distance is a non sequitur for going to neighborhood school instead of an elite school.

And the unwritten ‘in-between the lines’ rational of the taxi-driver father in the article (assuming a single salary since the mother was not reported to be working) is that going to a good school (hence higher fees and expenditure) will be a serious tax on the small income.

But of course, the article will not admit to that.

Otherwise it will completely defeat the purpose of the article won’t it?