And so the travel hacking starts. Earlier I admit to being a total noob and starting with 0 miles and 0 frequent flyer programs (FFPs) under my belt.

Whilst I am still figuring out the how-to’s of collecting miles, I now have 2 FFPs under my belt.

FFPs are essential because these accounts are where you transfer your miles to.

When you accumulate sufficient miles, you can then redeem them for preium cbin seats such as business or first class in airlines.

After much detective work, I whittle down my choices to 2. I don’t want to register for every single FFP out there.

My reasons for NOT registering for every single FFPs

First because I don’t want to scatter my precious miles everywhere.

Second, I don’t want to keep track of so many programs all with expiring miles.

Third, routine rocks my boat and if I figure out what works, then I repeat it. Until I achieve my target. Rules are different for different FFPs. More FFPs more rules, more to think about.

Finally, I do not want to be in a situation where I commit to unnecessary spending.

Recently, Iberia released a great promotion and it took the mile chasing world by storm.

My friend took advantage of it. But I did not.

In order to take advantage of it, I will need to register for an Iberia Avios account. Spend a small sum of money on booking trips which will unlock 90 000 Avios miles.

My thinking is that I don’t travel alot to begin with. And I already have a specific travel plan. Getting the easy bonus miles will mean nothing to me if I can’t make use of them.

And THE MILES EXPIRE…

Some of the FFPs are incredibly hard to earn miles sufficient for premium cabin redemption.

Because the redemption values suck. Like for example Qatar Airways FFP, Privilege club.

The FFP asks for such an astronomical number of points, it makes redemption for premium cabin impossible.

I will avoid these FFPs and opt for those whose redemption options I can actually achieve.

A quick search on the internet and you will find seasoned travel hackers mention some reasonable FFPs.

And so I chose…

So one of the FFPs I end up registering for is the Alaska Air’s FFP. This is despite my airport base being Changi.

This is surprising to some of my fellow Singaporeans. Alaska Air doesn’t even have flights to Changi airport! But hear me out.

They are one of the smaller boutique airlines with no international presence and doesn’t belong to any alliance. To make their FFP worth-it, they have direct agreements with many airlines.

So if I collect Alaskan FFP miles, I don’t have to fly Alaska! I can redeem those miles for premium cabin seats in partner airlines.

Conversely, if I fly these partner airlines on flights where I pay the tickets for, I can credit them to my Alaska FFP.

Why them? Because they are one of the few airlines left that still credit the number of miles flown rather than dollars spent.

And the mileage credit is generous! 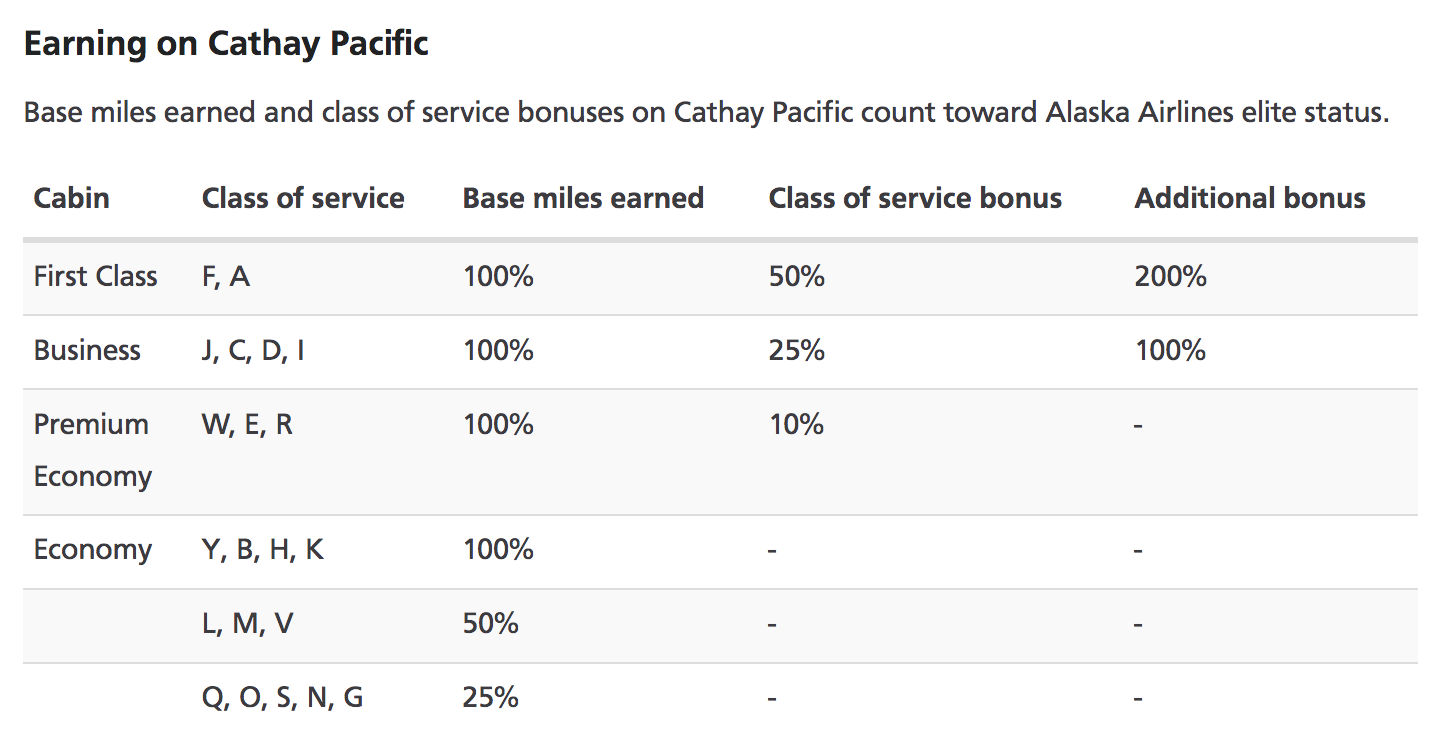 If you happen to chance upon and buy a cheap premium cabin ticket, you get quite a bit of bonus miles. And elite status increases the miles bonus.

Such huge bonuses are a rarity in the miles chasing world. And this will go a long ways towards using those miles for booking the next trip.

For example, up to a single free stopover is allowed when redeeming miles for premium cabin seats. A stopover, is a stop in the flight itinerary that exceeds an airline determined number of hours. Passengers disembarks and exits immigration spending day(s) at the stopover city. And can subsequently embark on the next part of the journey.

On top of that, they actually sell miles (very few other airlines do). Sometimes they sell miles with bonuses. Allowing one to buy them far cheaper that the actual tickets.

Collecting miles either through credit card spend or flying is an arduous process which I am about to begin.

This is a way to shorten the process to redemption. Let me work out the sums below:

Say I choose to book a business class flight to Japan flying Japan airlines for 1. The ticket prices out as illustrated below on google flights.

The ticket price is all in plus taxes. Now look at how much it costs using Alaska FFP:

Applying the stopover rule at Tokyo, starting the travel at Changi and returning at Kuala Lumpur, Malaysia. It costs S$613.86 approximately to purchase those points (bonus miles included in calculations). Add the taxes of US$61.40 (S$82.23). Plus a cheap air ticket back to Changi S$100 (over-estimation).

This works out to be S$796.09 all in. And represents more than 70% savings off the actual ticket!

Just for kicks, let me show you the cost of flying to Tokyo on the same itinerary economy ticket cost:

The thrill of saving money for a trip you are embarking on anyway is exciting!

Besides Alaska Air FFP, I also have Asiamiles in my FFP repertoire.

This is the FFP from Cathay Pacific which belongs to the OneWorld airline alliance.

I will do a quick run through of what is an airline alliance. So that this may help some of you new to the game.

What are airline alliances?

There are 3 major airline alliances. OneWorld, Star Alliance and SkyTeam.

Each airline alliance have a group of airlines which work closely together. This allows frequent flyers to reap benefits of flying within the alliance.

This may be important for some. Because the airlines in their base airports usually setup flagship lounges. They generally provide a better experience than the other contract lounges.

So if you fly airline A for example, you can gain access to airline B’s flagship lounge since they belong to the same alliance.

In addition, flying within the airline alliance allows checking through the luggage if connecting to another airline.

For example, flying from Singapore to Tokyo on JAL and then immediately connecting to Hong Kong n Cathay Pacific.

More importantly, your mile-earning tickets can be credited to the FFP you own. You can also redeem miles for premium cabin seats in partner airlines. This allows you to travel to more countries by redeeming miles.

The unfortunate thing about Alaska Air is that they are not part of the 3 airline alliance.

However, they do partner with a number of OneWorld airlines. This is helpful as I can redeem my miles from Alaska Air as well as Cathay Pacific in building my itinerary. Which creates more flexibility. So the 2 FFPs are synergistic.

Which is why I pick OneWorld over the other 2 airline alliances.

Within the alliance, Cathay Pacific’s Asiamiles seems to be more reasonable in mile redemption versus other members in OneWorld.

For example, Qantas charges 280,000 points for planning a round-the-world trip redemption in business class up to 35,000 miles. 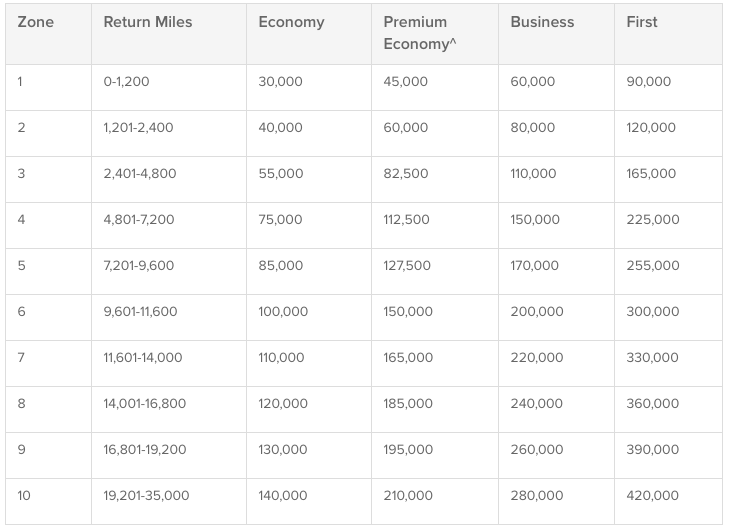 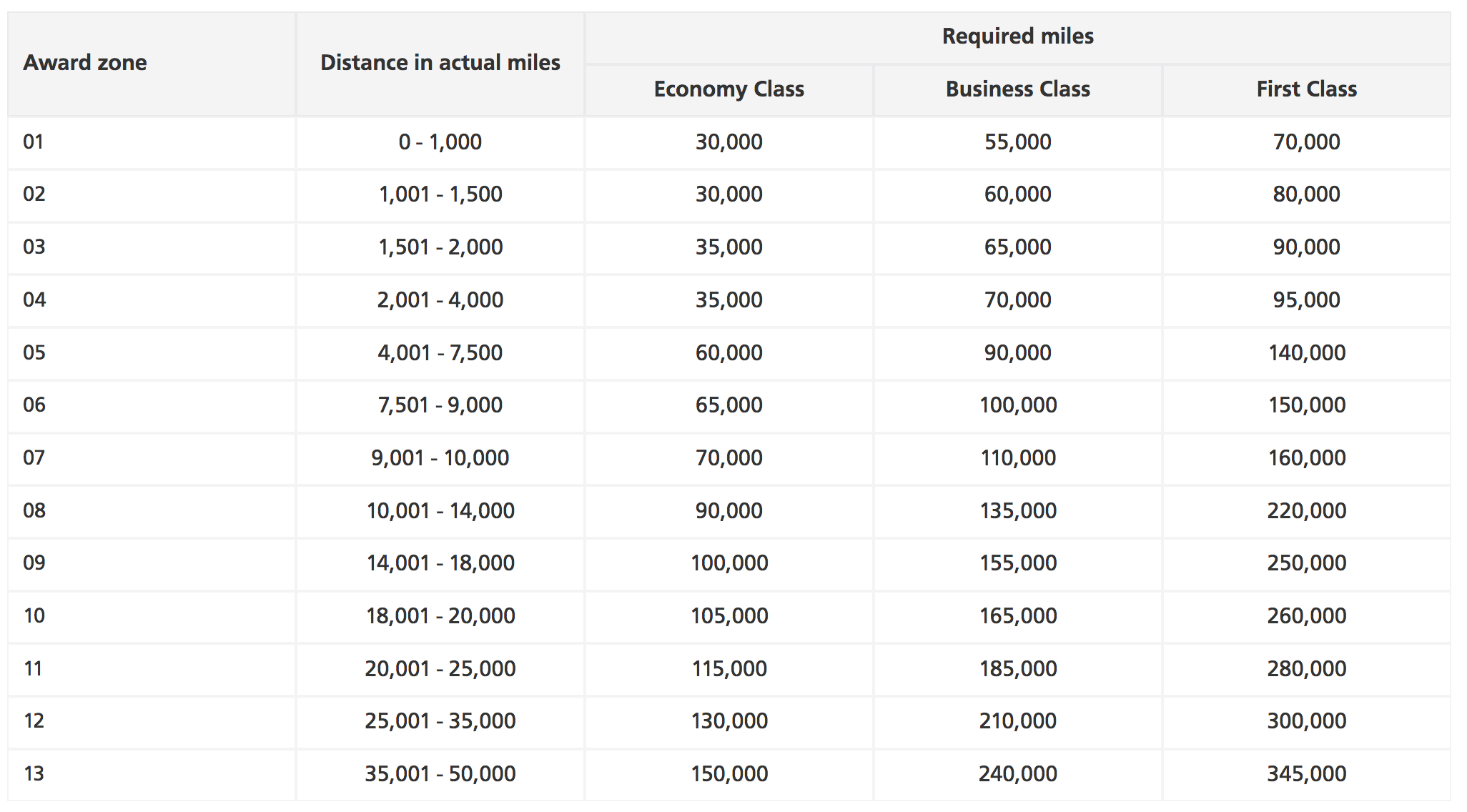 Assuming the earning rate for miles are the same, Asiamiles comes out miles ahead (pun unintended).

So this is the FFP I will chose within the alliance.

Also, Changi is a stone throw away from Kuala Lumpur. So positioning a flight from the latter may be cheaper if I do decide to pay for my tickets. Or fly on Malaysian airlines which is also a OneWorld airline.

Finally, all my Singaporean credit cards points can transfer to Asiamiles easily. Since I earn credit card points for necessary spending, subsequent flight redemption will be almost free!

I hope by describing my decision making process, I help you decide what is best for you. Since everyone’s situation is a little different.

In the next post, I write about my experience with earning miles from credit card spend. The tips and tricks I adopt to hasten the miles accumulation process. Finally, tell me if this has been useful.